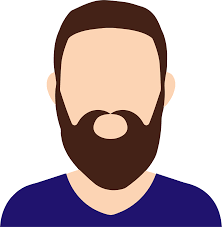 Ajithan G. Kurup was born on 25. 01. 1957, in Kadakkal, Kollam district, Kerala. At age four, he was admitted to the Infant Jesus Anglo Indian Higher Secondary School in Thangassery. In 1965, he joined Loyola School in Sreekaryam, Trivandrum. He completed his schooling at the St. Thomas Residential School (ICSE) in Mannanthala, Trivandrum in 1972. He was an outstanding student, winning the gold medal as the best out-going student. During this period, he was also awarded the National Science Talent Scholarship. He completed his pre-degree in English from University College in Trivandrum in 1974 and then moved to Bangalore to pursue his studies, graduating in English and Economics from National College in Basavanagudi in 1977. He returned to University College to do his M.A. in English but left without appearing for his exams. He finally completed his M.A. in Linguistics from Deccan College, Pune, while simultaneously immersing himself in learning German. It was also during this period that he developed a keen vision for cinema, spending a lot of his time at FTII. Professionally, he has worn many hats. In the early days, as a journalist, a theatre artist, a welder, a resource person with a fishermen’s group, and a voice artist. Later, as a chocolatier (he trained in chocolate making at the reputed ZDS College in Solingen, Germany), corporate employee, copywriter, documentary and ad filmmaker, and consultant to the AP Government. Ajithan G. Kurup passed away in April 2015.