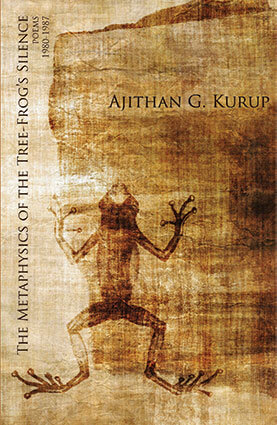 The Metaphysics of the Tree-Frog’s Silence

It is our loss that we did not know Ajithan Kurup’s work when he was alive, and we did not celebrate his brave and lonely project: to render the unsayable into language. He cannot be imitated or replaced, only admired.- Jeet Thayil

To enter Ajithan G. Kurup’s poetic world is to risk, in the words of his title poem, dancing “headlong down precipices.” It’s rare to find a contemporary poet who dares near-unattainable heights and fearful depths on dancing words – words that may sometimes seem far-fetched or invented but which, in fact, are inspired variants or archaic forms of those more usually used: “sempstress” instead of “seamstress”, “enow” instead of “enough”, “trode” instead of “trod”.-ADIL JUSSAWALLA