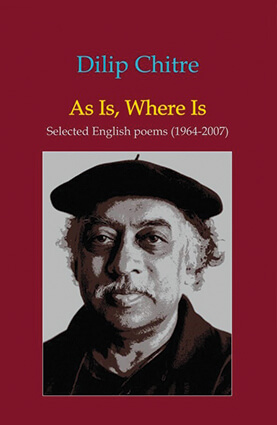 As Is, Where Is

Lost Images (For Ashay) I am backing home where you died. One year later, to find Changes that mask our surrender To the inevitability of life. I remember my Ambulance Ride With my friend whom you called Daddy. It took me a whole year To under